Domestic violence related issues affect all of us as physical and emotional abuse has reached every corner of our society. With one in every four women estimated to have been physically abused by a partner, the likelihood is high that everyone knows at least one person who is daily living with the terrifying threat of physical abuse. Physical abuse is not confined to culture, class, religion, race, wealth or lack thereof, said a Holtz Law Redwood City based company. A stay-at-home mother struggling to keep her family fed and clothed is just as likely to suffer from abuse as a highly successful professional making million-dollar decisions. 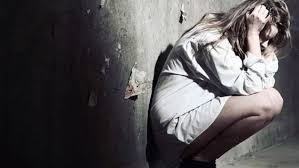 Domestic violence is overwhelmingly being experienced by women with men as the perpetrators. However, even though in the vast majority of cases it is a male abusing a female, men, the elderly, and children are all subject to abuse in some form or other. Domestic violence is also prevalent in gay and lesbian relationships.

The cost to society is staggering with millions of dollars being spent each year by authorities responding to domestic violence, without taking into account legal and medical costs. Not to mention the cost of lost time at work, increasing truancy levels, and the rise in juvenile crime associated with teenagers who struggle to come to terms with their circumstances. Focusing on the cause of domestic violence only detracts from the severity of the problem.

There are many theories about domestic violence, but the reality is that it is not caused by the commonly cited things like drug or alcohol abuse, stress, or unemployment. Rather it is as a result of the complex interactions of social and psychological factors that create an imbalance of power between partners. When an imbalance of power exists, that power may be abused by the perpetrator of violence and it is this fact, coupled with tolerance from society, that has allowed domestic violence to abound.

Domestic violence is a serious crime that should be treated at least as seriously as drunk driving, as stated by Schoenberg Family Law Group. Every time the police fail to charge an abuser, or a case is dropped by the prosecution service, or we turn a blind eye to a neighbor’s bruises, the abuser is allowed to get away with it.

The effects of physical abuse on the victim’s health are severe. Apart from the immediate injuries due to physical assault, victims often suffer from chronic pain, psychosomatic symptoms, gastrointestinal disorders, and eating problems. Health care providers around the world are increasingly recognizing the devasting effects of domestic violence on mental health including depression, anxiety, and post-traumatic stress disorder. As victims of trauma, the abused are also at increased risk of substance abuse, unplanned pregnancies, and contracting sexually transmitted diseases such as HIV/Aids. Pregnant women are particularly vulnerable to attack and as a result, they often experience medical difficulties during pregnancy and birth.

Domestic violence related issues have been woefully under-funded and there is still too much reliance on the voluntary sector to provide the vital, often life-saving services required. With a domestic violence incident occurring every few seconds in the US alone, it is in the interests of everyone in society to find an effective, long-lasting solution to the problem. Even though research has been commissioned, awareness raised, and guidelines published, none of it will make any difference if it is not translated into action.